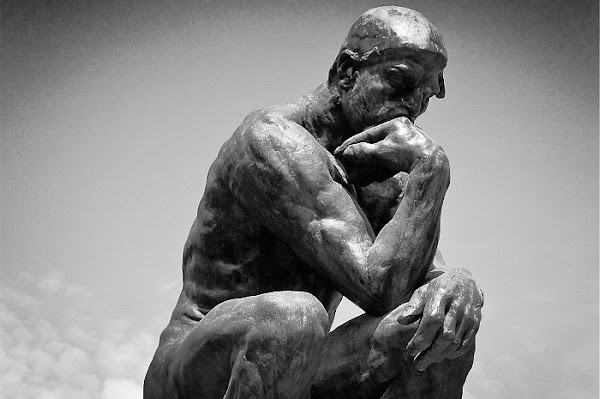 “Difficulties strengthen the mind, as labor does the body.”

— Seneca
Physical culture and eventually exercise became a tangible and easily understood way to modify ourselves. Prior to all the industrial and technological revolutions, we didn't dissociate ourselves from our bodies. They were one and the same, and changing our bodies also meant changing our being.

Fitness used to be an indication of your character. Your body was the physical representation of the life you lived, your work ethic, and your resilience. Calloused hands, strong neck, and strong arms meant you engaged in honest, hard work. These were the symbols of your virtue — the strength of the commoner. It was symbolic of your ability to overcome obstacles. Today it is a metaphor, back then it was a truth of life, moving and molding the earth with your hands.

Greek athletes and Roman gladiators personified the power of their nations. Myths and fables honored the hero who could overcome all odds. Within their chiseled body, was an even greater spirit that was beyond measure. The body was just a canvas where some of their greatness bled. Sometimes the gods bestowed powers and gifts to those who were worthy, those who already exemplified effort and grit. Calisthenics — in many ways the first form of exercise — comes from the ancient Greek words kállos (κάλλος) and sthénos (σθένος), meaning "beauty" in "strength." We are just now trying to revive this old idea with the "strong is beautiful" movement.

“No man has the right to be an amateur in the matter of physical training. It is a shame for a man to grow old without seeing the beauty and strength of which his body is capable.”

Even the ancient social elites were physical. They bended and stretched, symbolic of their flexible minds that could work out problems. They also ran and engaged in activities that involved taxing of the lungs. Instead of working their muscles, it was about working their heart. This wouldn't create the body of a laborer. It was more internal, it was about having an indomitable will. Endurance activities were about a person's ability to endure. That is the quality worth cultivating. A marathon is not an effective way to attain health but it is a tremendous symbol of one's spirit, mindset, and fortitude.

We Have Separated the Mind From the Body and Spirit

We have disembodied ourselves from our bodies. We no longer use exercise to build ourselves up, we are looking for ways to use exercise to only build up our bodies. We have reduced and isolated: machines, molecules, cells, and even ourselves. Reducing our being to only the mind. The mind has become the thing of value, just a hard drive. Our bodies the vehicle — its sole purpose is to get our minds to work and back. For many, as long as it functions, it's good enough. Leading to mistreatment. For others, like having a nice car, it's about status. It's still something separate from the being, but like any accessory, we care about how it looks. People often use the car analogy to describe why they should take care of their bodies. This analogy itself says that disembodying our bodies from ourselves makes sense. It's the wrong way to value our bodies. It is not a car, it is us. Our mind is not a computer, it is us. When we refuse to reflect on our own beliefs is when we uncouple our minds from our soul.

It is normal to associate exercise with isolation; isolate not only the body from the mind, but certain body parts from the rest of the body. We reduce our very being and worth to a specific portion of our abdomen. Above our hip bone and below the rib cage. We have been reduced to a 4-inch block of tissue known as "the love handle." Rather than just a mind, we can run to the opposite extreme, reducing ourselves to a piece of flesh. Rather than treating the body, we create diseases of the mind.

Where is the room for the spirit? Where is there fertile soil to grow character? What was once the only reason to exercise, has decayed into an abstract thought: What does exercise have to do with character building? What does my mind have to do with what my body does? What does any of this have to do with looking good with my shirt off? I take my clothes to the dry cleaners and they take care of it. I take my body to the gym, to my trainer, throw it in there and zone out, and they take care of the rest and return it back to me at the allotted time... Without the spirit, we develop a mechanized mind and lose our conscious mind (Einstellung effect).

It was once difficult to think of our mind, body, and spirit as separate entities. Now it is difficult to think of them as being the same. We abandon spirit — the soul of character — and we pretend the body is an alien with which we have a symbiotic relationship. We have gone backwards in thinking. This can only lead to unhappiness, poor self-image, lack of body acceptance, and superficiality. Bad movies have one-dimensional characters — flat and wooden. If we are just our bodies or we are just our minds, we are no different from a bad movie character — incomplete, yet to be fleshed out. We compliment people on their appearance, especially women. How often do we compliment women based on their character or ability? Our sense of worth has become so distorted that "you look great" has become a better compliment than "great job."

Maybe Your Mind Doesn't Understand but Your Body and Spirit Does

With all that said, we still intrinsically value our character over our bodies. We may not consciously understand it, but internally it's as vital as breath. The people who consistently exercise, one of their secrets is how they view exercise. When they speak about it, they talk about it as transformative. It's not something they check off a to-do list, it is an experience. It's very important to them, to their being. They find it meaningful which is why they keep doing it. They have adopted physical culture and whether they realize it or not, they have aligned fitness with character and this is why it works.

Remove the Meaning From Exercise and It Becomes Meaningless

When we make it only about the body, it doesn't "click." People in it purely for physical pursuit; even if their pursuit is "health" driven, struggle with lasting change. Ignoring holistic health for specific "health" is not meaningful enough. If you are someone truly shallow, then exercise for appearance becomes an obsessive act — that is the character you are building. We must integrate exercise as a part of our values, instead of making it a challenger to our values. If it's working out or playing with our children, children should win. If we see exercise as something that not only enhances our ability to play with our children but also makes us a better parent, then we will find a way to do both — both will improve. When we reduce our nature down to parts and isolate it, we make it a "this vs. that" proposition. If we consider it like a diamond; different facets of the same being, then we will see it as a "this and that" intention — this improves that, this is a part of that. Physical capacity becoming a part of everything.

Trying to change exercise to fit "you" is why many fail. We must allow exercise to change us. We didn't need exercise in the past, our lives were physical enough. If it wasn't, we pursued a more physical one. Exercise becomes an extension of living a more robust life: but so does hiking, climbing, moving, running, swimming, mountaineering, and playing. Exercise is preparatory training for living the life we want. When we live that kind of life, we automatically mold our bodies to be indicative of the type of character that we are — strong, fast, and mobile.

Useful Companions to This Article:

My name is Sam Yang. I'm a martial artist, entrepreneur, fitness nerd, information geek, and productivity nut. For more useful information, join my newsletter. You can also connect to All Out Effort on Facebook and Twitter. For more philosophical posts, check out Must Triumph